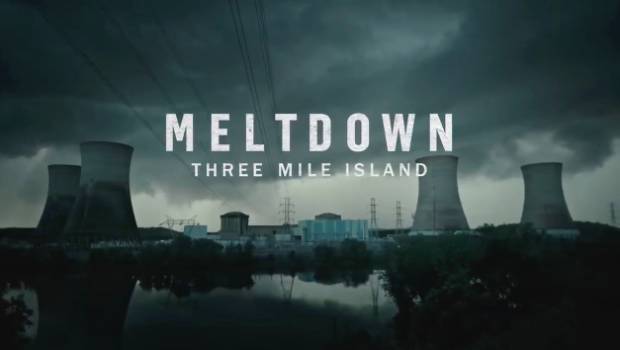 A Documentary About The 1979 Accident At The Infamous Nuclear Power Plant Academy Award-nominated director Kief Davidson documents the meltdown in Middletown, Pennsylvania, on March 28, 1979, in Meltdown: Three Mile Island. Throughout the limited series, viewers are taken through the events that unfolded at the Three Mile Island nuclear power plant that day and in the aftermath. Without the meltdown, residents of Middletown may have experienced the horrors of Chornobyl in 1986 and Fukushima in 2011. In this film, Davidson unveils many layers of a compelling story involving corrupt corporations, incompetent governments, a traumatized community who took matters into their own hands, a whistleblower who endangered everything, and a traumatized community who took matters into their own hands. As Davidson declares to Tudum, "the lessons of the meltdown transcend the events of 1979." "Even as we reveal the complex web of corporate greed which nearly led to our radioactive ruin, we find the small acts of bravery that changed history. We need to learn from the Three Mile Island disaster as we face the current climate and energy crisis."

Find out everything you need to know about “Meltdown: Three Mile Island”, on Netflix.

During the 1970s, the United States and the rest of the Western world were undergoing an oil crisis. Smithsonian magazine reported that gas prices had risen by 81% between 1975 and 1988. Therefore, nuclear energy became the next tappable source of energy. Residents of America's small towns, including Middletown, saw nuclear energy as a sign of progress as nuclear plants were built across the country. On Three Mile Island, two nuclear power plants were constructed. The first one began operating without incident in 1974.

After just three months of operation in 1979, Unit 2 began sounding its alarms into the early morning darkness every day. Operators and technicians realized that the water needed to cool down the reactor's radioactive core no longer circulated. To prevent a core meltdown, they tried everything they could think of.

While the operators eventually got the water flowing again, the core didn't cool down quickly enough. Radiation was being emitted into the Middletown community, which was a major concern. The federal Nuclear Regulatory Commission (NRC) and the power company Metropolitan Edison assured then-Pennsylvania governor Richard Thornburgh and Middletown residents that everything was under control. Despite this, panic still ensued, and Thornburgh eventually called for the partial evacuation of pregnant women and young children. In addition, plant operators discovered a potentially explosive hydrogen bubble but it did not explode. However, evidence from the cleanup effort, which began a year later, in June 1980, discovered that the plant had been within 30 minutes of a complete meltdown. The NRC and the plant's owner General Public Utilities knew about all of this, but attempted to conceal it.

On the East bank of the Susquehanna River, Middletown is a small town of fewer than 10,000 residents. Its location was ideal for Three Mile Island. The cooling water from the river was ideal for the plant. It was a staple in the community, according to Nicole Remsburg, Joyce Corradi and Paula Kinney. The plant and the homes of residents were separated only by the river, a railroad, and a short two-lane road. Units 1 and 2 at Three Mile Island were owned and operated by General Public Utilities. Founded by Congress in 1974, the Nuclear Regulatory Commission (NRC) is charged with keeping radioactive materials safe, while protecting people and the environment." After the incident at Three Mile Island, Jimmy Carter entrusted the agency with examining what happened. Initially, however, the NRC attributed the incident to human error.

During the accident's cleanup, Lake Barrett led the NRC project. General Public Utilities contracted the independent engineering, construction, and project management company Bechtel to clean up rubble and radioactive residue. As a nuclear power plant operator and naval officer, Rick Parks had extensive knowledge of radioactive energy. He was assigned to Three Mile Island cleanup in June 1980. Over time, he became concerned that Bechtel was ignoring major safety issues to stay on schedule for payments to General Public Utilities. In response to Bechtel's announcement that they would lift the cover off Unit 2's core to repair it without testing the newly rebuilt polar crane, Parks became increasingly concerned. A crane failure would contaminate and force the evacuation of the entire East Coast of the United States. Since Parks' superiors continued to dismiss his concerns, he decided to go public. Parks' testimony changed the face of the energy industry forever.